The best way to predict the future is to create it! Support us in making Visions become reality.

Embedded Solutions (EmSo) is a subsidiary company of the Schleißheimer Soft- und Hardwareentwicklung GmbH located in Germany. The company is mainly involved in software development in the automotive industry.

If you think it is super easy to let a few LEDs in an indicating instrument of a car flash or set a tachometer in motion, then you are wrong. The reality looks different in this case because our modern cars are equipped with around 70 ECUs (electronic control unit) and contain in total more than 100 million lines of codes. Do you have a concrete idea of how extensive this code really is?

Have a look at the following statistics. There you can see that 100 million lines of codes sounds like a massive number. You can also assert that there is more behind software than just activate a few LEDs or tachometer pointer. 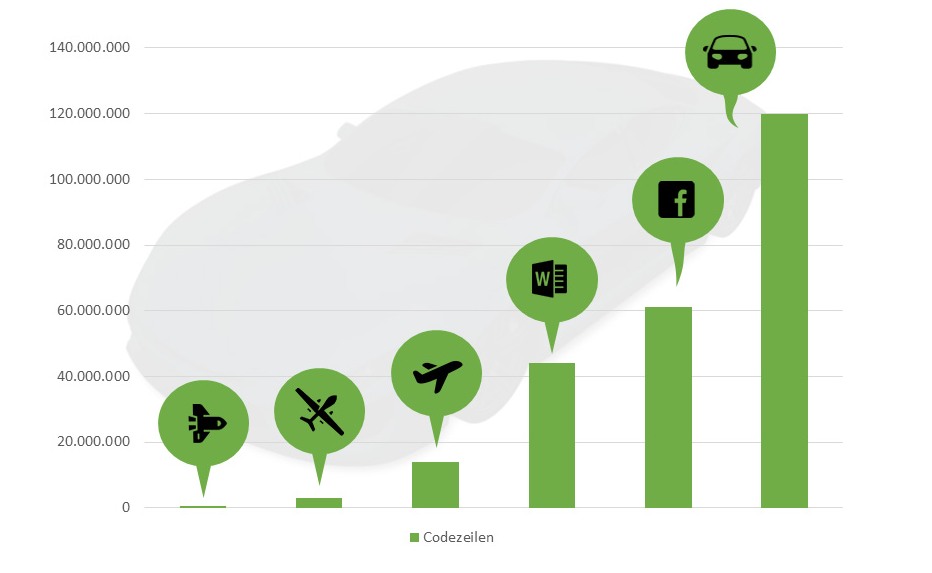 Fascinating, considering that this number is equal to the total of lines of codes inside an hubble space telescope, a boeing 787 dreamliner, a military drone and the facebook application.

Have you become curious? Should topics like Car-to-X-Kommunikation or Augmented Reality Head-up-Displays not only remain technical terms for you? Then become a part of the automotive revolution and create the future of the automobile industry with us!

Learn more about the future visions and about our company
↑